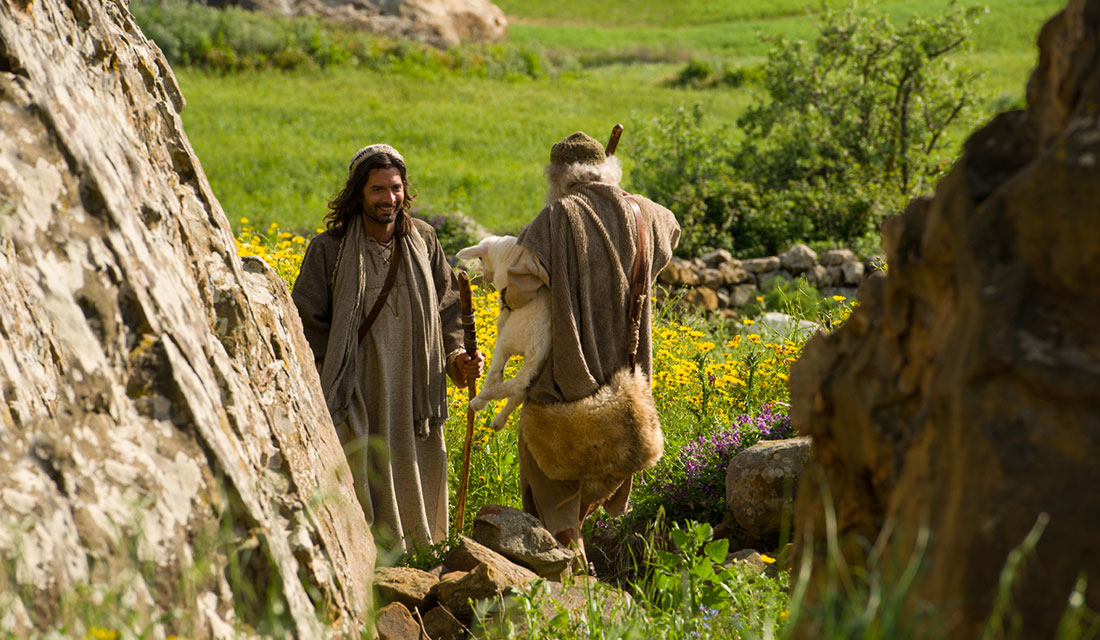 Going After the One…..

It’s uncanny, I tell ya…the way it happens every single solitary week. I am not even kidding. Stan said it best in a text afterward: I mean you just can’t make this stuff up.

It started when Cindy mentioned “The Parable of the Lost Sheep” to illustrate an issue we were processing in our meeting. And the reminder of a caring shepherd dropping everything to go after one lost sheep was just what we needed to reorient our perspectives and break through some of the misunderstanding and hurt feelings we’d been tiptoeing around all week. Then Stan, who had stepped out for a cup of coffee, walked back in saying, “You know, this reminds of the shepherd who left the ninety-nine to find the one…” and suddenly, our rather intense meeting ended on a high note as we recognized once again, that we had a theme going on.

The uncanny part came next when the opening line of the sermon went something like this: “Remember when Jesus said the good shepherd leaves the ninety-nine sheep and goes after the one?” Seriously. I mean you just can’t make this stuff up…and for us, it’s proof every week that God has something very specific to say, and He’s making sure we don’t miss it!

If you’re not familiar with this sweet story, it’s similar to the better-known 23rd Psalm, portraying the nature of God as a loving, protective, and comforting shepherd.  Another passage describes Jesus as “the Good Shepherd” whose sheep know and follow the sound of His voice. And in another….when He looked out over the crowds, He was moved with compassion to see how vulnerable, oppressed, and helpless they were. Like sheep without a shepherd. And He was deeply concerned for them.

In the parable, when the shepherd realizes that one of his sheep is in grave danger, separated from the flock, he acts immediately, determined to pursue it through dark and dangerous places until he finds it. A good shepherd knows his sheep and their characteristic behavior. He knows how afraid and agitated they become when they lose sight of him or their flock. He knows the lost sheep is likely to panic and do something that puts it in even more danger; and that wolves will move in quickly once they see their opportunity. And if its wool gets snagged by thorn bushes, the sheep will be completely helpless to save itself from an agonizing death.

As prey animals, sheep are completely vulnerable to predators and other dangers outside the safety of their flocks and the care of a shepherd. But contrary to popular belief, they are NOT stupid. (Poor things….my heart goes out to them. So vulnerable and misunderstood.)  A quick online search of “sheep behavior” dismisses that notion altogether, and reveals that their characteristic behaviors of flocking and following are actually very intelligent, and explains why the shepherd in the parable was able to leave the ninety-nine to go after the one. He’s a good shepherd to the one and to the ninety-nine, knowing full well that the ninety-nine will be safe as long as they stay together in the flock. It’s part of their intelligent behavior, just like the curious behavior of young sheep that can put them danger. The shepherd knows this, and is moved with compassion for them…because He understands them.

So if you were wondering about the ninety-nine and asking,”Don’t they matter? Is the one lost sheep more important or more valuable for some reason?”  The answer is “Yes” and “No.” Yes, the ninety-nine matter greatly and thankfully, are safe within the fold. No, the lost sheep isn’t of greater value, but is in greater need and more imminent danger at the moment. So the shepherd responds to the one in the same way he will respond again and again and again to each of the others in their moments of peril and desperate need. What a beautiful thing…

I hope the parallels are obvious, and that you will let yourself relate to the story now that you know that sheep are intelligent animals. They don’t set out to get lost any more than we do, but it happens all the time. A backcountry adventurer in the mountains. A traveler on an unfamiliar road at night. A child who curiously wanders a little too far from a parent, and suddenly realizes he’s lost sight of what’s familiar, and doesn’t know how to find his way back. A woman, longing so deeply for love and fulfillment in life, that she becomes an easy target for predators as she wanders alone into dangerous territory.

It’s a scary thing to be lost, and a humbling thing to admit it. We’ve all been there. Some of us are there right now, and we want you to know you’re not alone if you’ve lost your bearings, ending up further from your safe surroundings than you meant to, and now you’re not quite sure how to find your way back. If that’s the case, please know that a very Good Shepherd is searching for you right now. He knows and understands you, that you’re not stupid or bad, but that you are vulnerable…and He wants to protect you from danger. He wants to lead you in paths He knows will be pleasant and peaceful for you; to water that will refresh your dry and weary soul; with a flock around you to provide the companionship, comfort and care He knows you need.

He’s such a Good Shepherd…