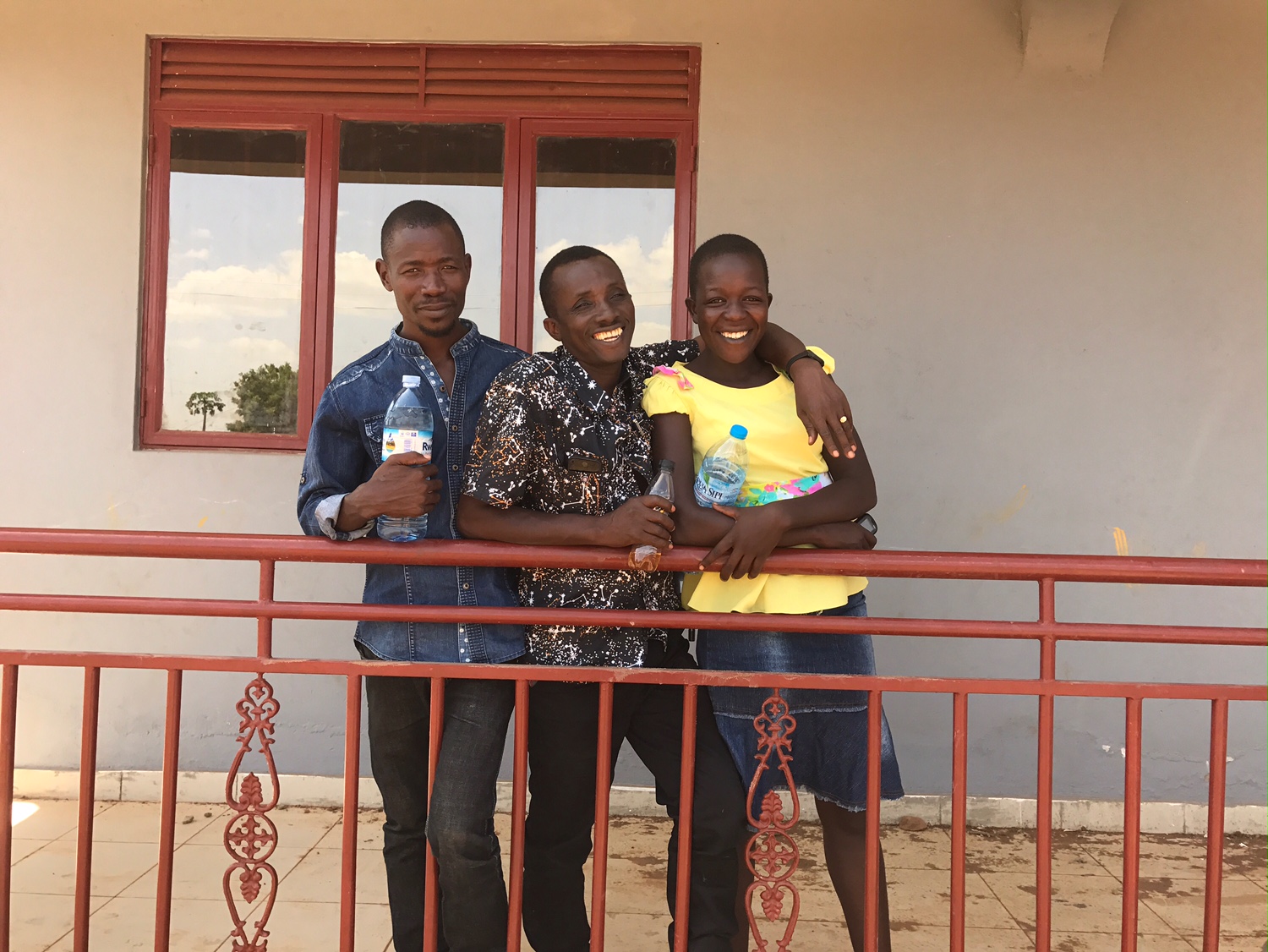 By Bev HarrisFebruary 10, 2017No Comments

Bev is in Uganda! She sent this update that shows the complexity and beauty of a typical visit…

I’ve been in the country for less than a week and my heart is full. Some days it’s full of joy and some days are mixed with sadness. Each day brings its own revelation and as much as we plan our schedule, God determines our steps. I have learned to be very adaptable and wait in expectation to see what each day holds. I have three stories to share.

Eddie’s associate pastor, Nick and his wife, Patricia, lost their baby boy on Wednesday. He was born 12 January, 8 weeks early, and had problems with his intestines. He had an operation and although they believed it was successful, he still had problems with his intestines. The doctors suggested a stronger medication before a second operation on Monday. We planned to go to the hospital after an errand to contribute money toward the medicine the baby needed, but got the call that he had died. We rushed to the hospital to be with Nick and Patricia.

Pastor Eddie is such a shepherd of his flock. He quickly went into action calling his church and guiding Nick in the steps to take. We had to get the hospital bills paid before the body could be released and Eddie wanted it done quickly to keep the body from going to the mortuary, costing more money and delaying the burial.  We helped the church cover the hospital cost and fuel to the village. Within 40 minutes, five of us were packed into Eddie’s pickup with the baby. Who in America drives around in the car with a dead body?

They dropped me at the hotel, and I asked to hold the baby. We pulled back the tightly wrapped blankets to see his sweet little tiny face. He was so precious. I kissed his little forehead a couple times. It was still warm to the touch and the tears started to flow. We gathered around and prayed, asking God to bring joy out of the pain. I’m told that Nick held the baby the whole time until they reached the village after midnight. Eddie said so many people from the church traveled with them. Since it is tradition to burn fires when there is a death, they all decided to put their money together to buy a pig and roast it over the fire. No one slept that night but Eddie said it was a beautiful time. Reminds me of the church in the book of Acts. Nick was so appreciative that I came, as if he would have been lost without me. I felt so, so humbled and grateful to God that we were there for them.

There was a grandma named Christine as part of my group when we did the Yobel training in October 2015. That year a school teacher, Olivia, traveled to Uganda with me. Christine was raising her 6-month-old granddaughter, Marcia, because the mother died of AIDS. We fell in love with Marcia. I recently heard Christine also passed away, and I wondered what happened to Marcia. A few weeks before returning to Uganda, I received a note from Olivia asking how she can support Marcia. She didn’t know the grandmother had died, but she just couldn’t get Marcia off her mind. I promised to try and locate the little girl.

On the fourth day in Uganda, a friend tells me he located the lady who has Marcia. We meet with two ladies, little Marcia, and her brother, Edward. Each lady received one child to raise. After talking at length to both of them, we agreed to help monthly. The caregiver was beside herself after receiving the call that a mzungu, or white person, was looking for her. Here’s what she had to say:

“Oh my God, is this real? Are you kidding me? Which kind of God is it that answers prayers like that!” She narrated her story, that she had been facing challenges with the baby and she cried to God several times for help. A few days before she received the call from Mom Bev, they had slept with empty stomachs and the baby cried all night! At first she thought maybe it’s a joke as she didn’t expect anyone to look for Marcia at least not a “Mzungu”! Later she took a leap of faith and decided to meet and when she saw it was real, she was out of words because of too much happiness and overwhelmed by the ways of God and how he saw her.

We serve the God who sees! Once again, I’m so humbled to be a part of this journey.

Faisal is a spiritual son of Eddie. Five o’clock tomorrow morning, he is going to drive us to Kitgum in Eddie’s vehicle. He came from a devout Muslim family. In fact, he was named after a Muslim king and has the most amazing story of what God has done in his life, and how after 20 years of being shunned by his family they are coming around. They have watched God prosper him with a family and in his work. What does he do with his prosperity and blessings? He gives back to so many people, including his family of origin. Even today, as he was driving me to the church, a family member recognized him and waved. Later he commented how great God is, and how He uses every opportunity. He told me his family would all be talking about him and the fact that he was driving a white person in a Land Rover. How could Faisal know a white woman? He will wait till they call him, and then he will go to their house and once again share how great God is.

Faisal’s father produced 18 kids with eighteen different women. Faisal boasts that he has been with one woman for 17 years and they have 6 children. Faisal only finished sixth or seventh grade, but he is a successful businessman in automotive parts, etc., and he has the gift of helps. I’m so excited to learn more as we travel tomorrow, and he is excited about our connection.

These are just the highlights so far. There is much more!

Thank you for your prayers.